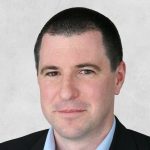 In its statement of values, the Department of Treasury and Finance Victoria states, “We strive for excellence in financial and economic management to improve the lives of all Victorians.”

Given the direct and indirect investments the State makes in volunteering, it is useful to understand whether those investments do in fact improve the lives of its residents and, if so, to what extent.

Volunteering Victoria’s State of Volunteering Report 2020 is an original effort using the cost-benefit methodology to quantify, among other things, the economic value of volunteering to Victoria. Extending Duncan Ironmonger’s work on replacement cost (2012), it looks at both the costs and impacts of volunteering in the State, including a range of previously unpriced metrics.

In 2019, it was found that 42.1% of Victorians aged 15 and over volunteered either formally or informally in their community. At an average of 18.7 hours per month, these 2.3 million Victorians donated at least 507.7 million hours.

This figure is significantly higher than previous Australian Bureau of Statistics estimates of volunteering in the State and can be explained by differences in methodology that are both more robust and inclusive.

Volunteers, too, spent an average $1,700 per person in support of their own volunteering activity. After reimbursements, this equates to $6.70 per person per volunteer hour.

The total cost to individuals, organisations and the State was therefore $15.9 billion.

Using the input / output methodology, the direct investments in volunteering by individuals and VIOs added $8.2 billion to the Victorian economy, or 1.8% of Victoria’s Gross State Product of $446.1 billion. Discounting this by the cost of labour and taxes, this left a theoretical surplus to the State’s producers of $1.2 billion.

Other civic benefits enabled by these investments included a net increase in employment in the order of 71,000 jobs, of which 47,000 were full-time as well as tax returns to all tiers of government of $1.9 billion.

Importantly for industry, we used the contingent valuation method to reveal for the first time a net productivity premium of $30.5 billion. This is a conservative estimate of the value individuals acquire through their volunteering and pass on to their employers in the form of productivity. The impact on productivity of volunteer recipients (for example, those who attend volunteer-led sports or adult literacy programs) is outside the scope of this report and should be considered as a direction for future research.

Finally, the replacement cost of volunteer labour – again broken down by age and employment type – is estimated to be $19.4 billion. To demonstrate the scale of the volunteering sector we compared the cost to replace voluntary work in Victoria with ABS reports on the total compensation of employees in the government and private sectors. The volunteering workforce is over one and a half times larger than the Victorian government sector and nearly half the size of the private sector.

If the value of volunteering to Victoria across the entire community is the sum of the benefits enabled, this analysis estimates these to be worth $58.1 billion in 2019.

This figure is significantly greater than previous estimates based only on price or economic impact; yet it is likely to be an underestimate given the limitations of the available data and forensic techniques.

We also know from the reports of VIOs that the State’s contribution is critical to the viability of volunteering in Victoria.

That contribution is reciprocal. In 2019, 10.0% of Victorians aged 15+ (or 537,000 people) self-identified as volunteering directly for government and its agencies, albeit across all tiers (federal, state and local). They donated 78.7 million hours in doing so. The effective cost to replace their services with market labour would be $2.6 billion.

Interestingly, during the first COVID-19 restrictions in May 2020, volunteering for government was the sector hardest hit. A 79.9% reduction in hours donated to government was observed, outstripping the losses in the not-for-profit, private and informal volunteering sectors respectively.

The overall impact of COVID-19 in May 2020 was to reduce the number of volunteers in the state by one-half and the number of hours volunteered (by those remaining) by one-quarter for a net decline of 61.5%.

What we cannot tell from the data is specific extent or impact of volunteering on Victorian state government service delivery. The reason for this is two-fold. Firstly, government agencies – even those with a high dependency on volunteers – do not quantify volunteering activity within their remit. This means they are unable to readily return even basic data on their volunteering footprint and dependence.

Secondly, our data collection window was during the height of the pandemic restrictions. This meant that agencies that were already heavily stretched by both urgent needs and dislocated workforces were unable to make the necessary investigations required to inform this study. It should be pointed out that many expressed a willingness but inability to participate at that time.

To that end, it is easily argued that all volunteering is of benefit to the Victorian government, and the extent to which government investment enables the same should be celebrated.